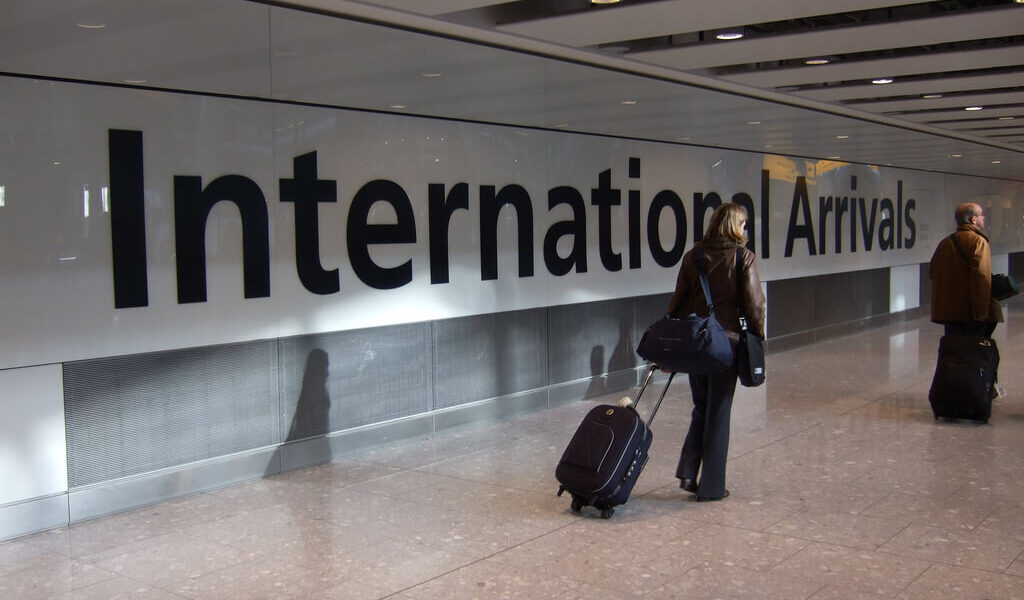 The Northern Territory has become the first jurisdiction to welcome back students from overseas, with more expected to follow.

A cohort of international students have arrived in the Northern Territory, becoming the first allowed back into the country since borders were closed in March.

A charter flight from Singapore, carrying 63 students from China, Hong Kong, Japan, Vietnam and Indonesia, touched down in Darwin on Monday morning.

The students were required to undergo pre-departure health screening.

They were transferred to the government facility at Howard Springs where they will quarantine for two weeks before returning to the campus at Charles Darwin University.

“The flight contained a mix of new and continuing students who are enrolled in a range of undergraduate, postgraduate and VET programs including Law, Nursing, IT, Teaching, Accounting and Engineering,” he said in a statement.

The Northern Territory government confirmed the arrivals are part of a pilot program that will help to inform a wider re-entry of international students back to the country.

“International students are a massive contributor to the Territory economy, with each student contributing an average of $40,693 each year,” Minister for International Education Nicole Manison said in a statement on Monday.

“By facilitating a pathway for international students to return to the Territory and to Australia, we are helping to diversify the economy, grow our population and support local jobs.”

Pilot programs to return small numbers of international students have also been announced in the ACT and South Australia.

The program in the ACT was put on hold following a surge in COVID-19 cases in Victoria, while South Australia’s recent outbreak has also cast some uncertainty over the plan.

The Northern Territory government said is it working with the international education sector to welcome more students next year.

A government spokesperson told AAP the first cohort is the “tip of the iceberg”.

The spokesperson confirmed it is processing 500 people per week at the quarantine facility at Howard Springs, as part of a deal with the federal government to double its quarantine capacity. The move will also open up more spaces for Australians stranded overseas to return home.

The federal government has repeatedly stressed that returning Australians should take priority for quarantine places, at times putting it at loggerheads with the states.

Last week, NSW Premier Gladys Berejiklian announced a plan to allocate up to 1,000 quarantine places each week for students and migrants, in a bid to boost the economy.

The plan was backed by peak body, the International Education Association, with chief executive Phil Honeywood telling SBS News the push would offer a lifeline to the sector.

But the federal government has faced ongoing pressure to persuade states to increase their hotel quarantine capacity. As of last Friday, more than 36,000 Australians are still wanting to return from overseas.

“Other pilots that other states have tried to get off the ground haven’t gone ahead because we have said very clearly that returning Australians must take priority,” he said.

“We’ve managed to grow the capacity in hotel quarantine for those returning Australians. Our opening of hundreds of places at Howard Springs has achieved that.”

Mr Birmingham said other states have also lifted their capacity numbers to “around 5,600 that we are able to take at present”.

“That will grow when Victoria comes online next week to about 6,700 places in hotel quarantine for us to be able to safely transition those returning Australians,” he said.

The assessment – taken before the COVID-19 pandemic took hold – shows that international student fees made up just under a third of universities’ total income, which totalled $36.5 billion.

The pandemic has dealt a twin blow to international students, with those who remained in Australia now feeling the economic pinch, while others have been unable to return to complete their study because of travel restrictions.

With additional reporting by AAP.